A tradition of the quintessential art of distillation that has been passed down intact through four generations.

A wide choice of excellent Grappas, Spirits, Liqueurs and Prosecco, directly at home! 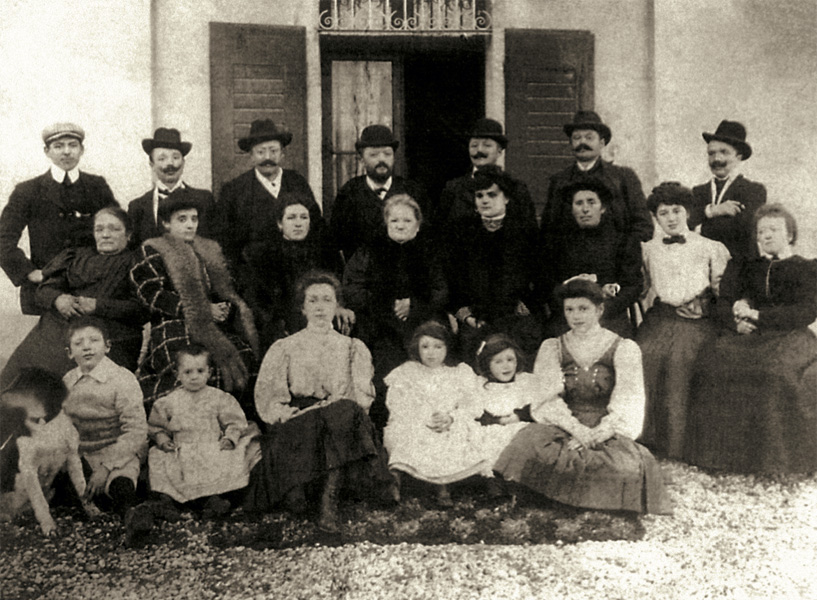 The whole Da Ponte family in the early 20th century.

A family calling since 1892

Andrea, Matteo, Pietro, Pier Liberale and Francesco: these are the men whose passion and dedication has given an unadulterated essence to a sublime product over the years. In 1892, Andrea founded the Distillery in Conegliano. In 1896, Matteo published the first scientifically documented Distillation Manual, which contained his Method. Pietro united the Da Ponte and Fabris families, filling them with love for art and culture. In the early 1950s, Pier Liberale created the first single-varietal grappa made from Prosecco pomace. Meanwhile, Francesco has shown determination to preserve the long-established, close bonds that have always existed between the distillery and nature, tradition, and cutting-edge technology. 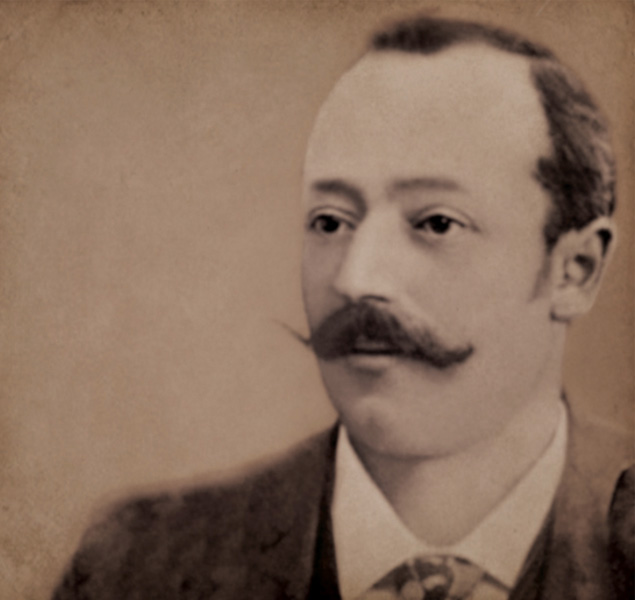 The founder of the distillery, Andrea Da Ponte, in an old photo. 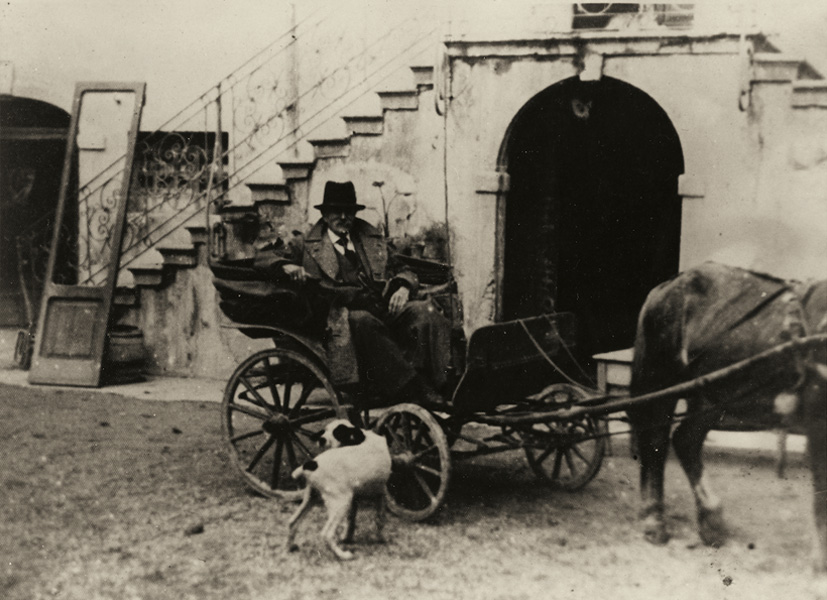 Andrea Da Ponte at the Fabris home on Corso Mazzini in Conegliano (1947).

A magnificent tale of people, culture and tradition.

Andrea Da Ponte founded the distillery in Conegliano in 1892. His family had always been keen on distillation. For example, as well as writing libretti for Mozart, his illustrious relative Lorenzo Da Ponte was one of the first people to open a distillery in Philadelphia. In addition, his brother Matteo famously published the first scientifically documented manual about the art and techniques of distillation.

One of the first direct heating distillation systems designed by Matteo Da Ponte. 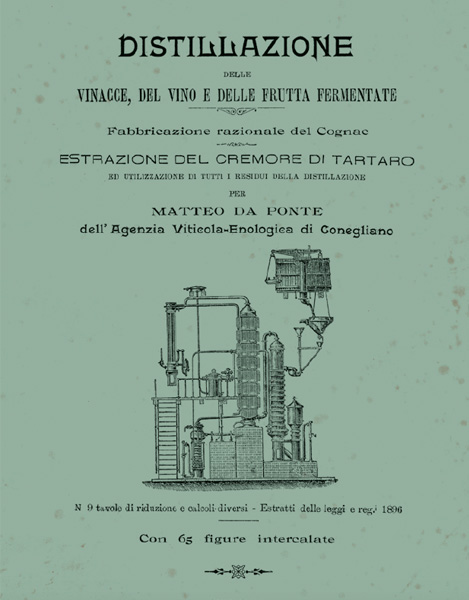 The distillation manual that presented the Da Ponte Method for the first time. 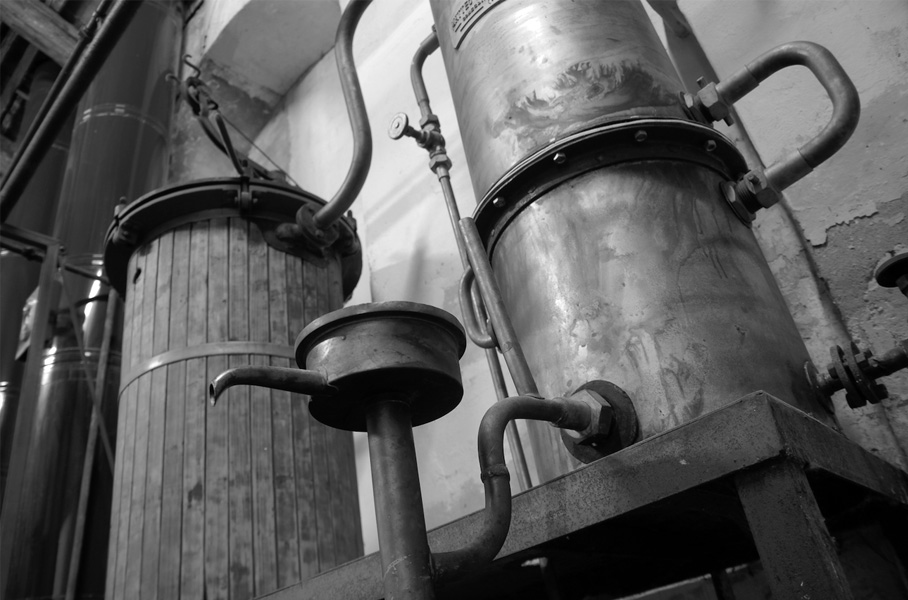 Matteo Da Ponte, Andrea’s brother, put together a Method that marked a turning point in the art of distillation. In his Distillation Manual, as well as providing details of improvements that he had made to stills and new alcohol vapour condensation columns, he illustrated a method that preserved the fragrances and aromas of grapes in every still, thus satisfying and delighting even the most demanding palates. 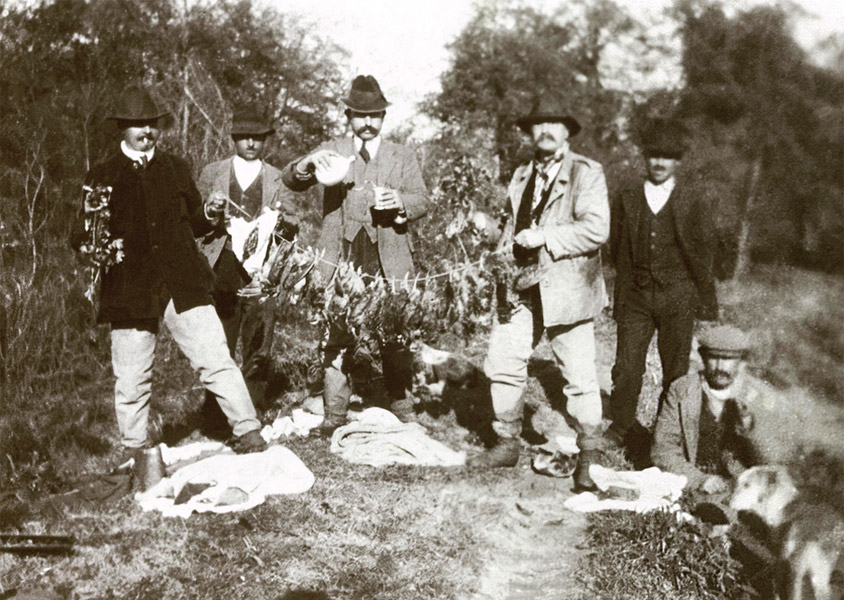 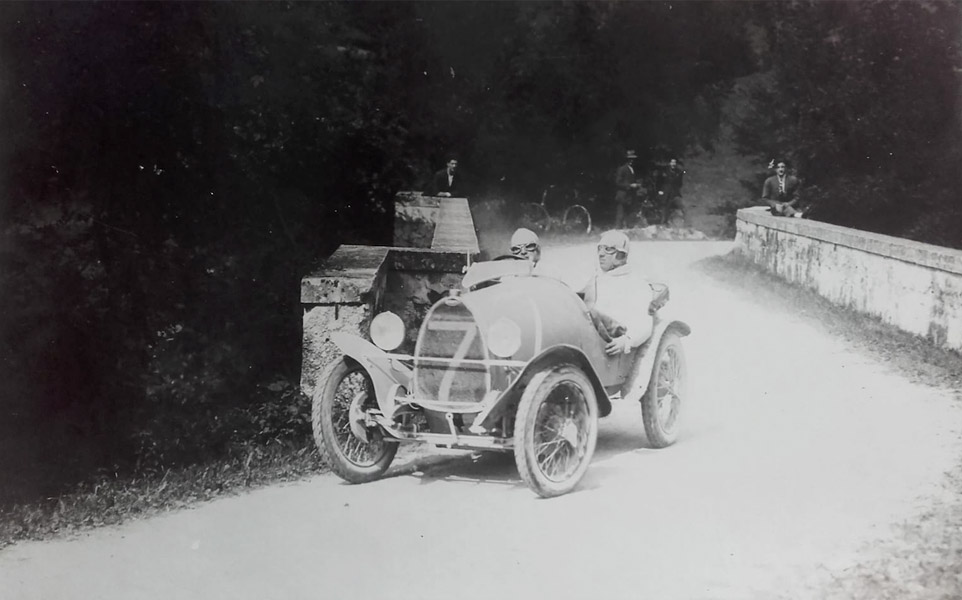 Driver Pietro Fabris during a race: he came in first place in the Vittorio Veneto-Cansiglio event in 1925 in his Bugatti Type 35. 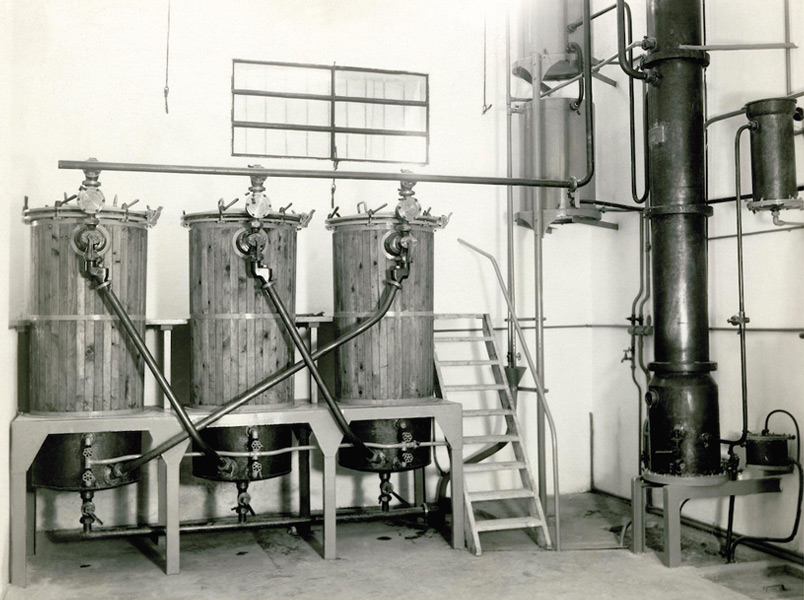 A new chapter in the story

From the Da Ponte family to the Fabris family

When Bruna Da Ponte (Andrea’s daughter) married Pietro Fabris (who came from noble stock in Cadore), the stories of the two families were intertwined. Pietro brought the love for art and culture that had always been a distinguishing feature of the Fabris family. He was behind an increasing focus on the new art of film, which culminated in the opening of a multiplex dedicated to the director Georges Méliès, and the triumphant success of the Conegliano Academy theatre, which he made into a leading dramaturgical centre in North-Eastern Italy. 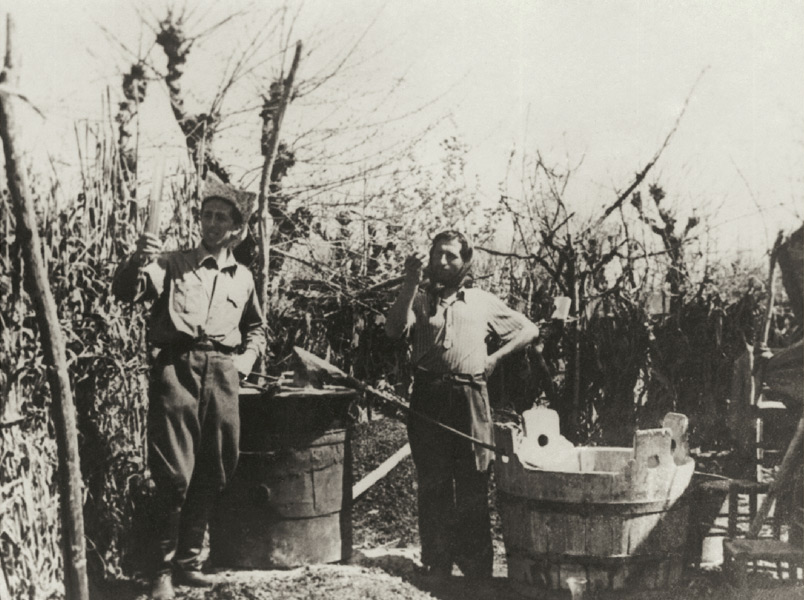 23-year-old Pier Liberale Fabris working with one of his members of staff. 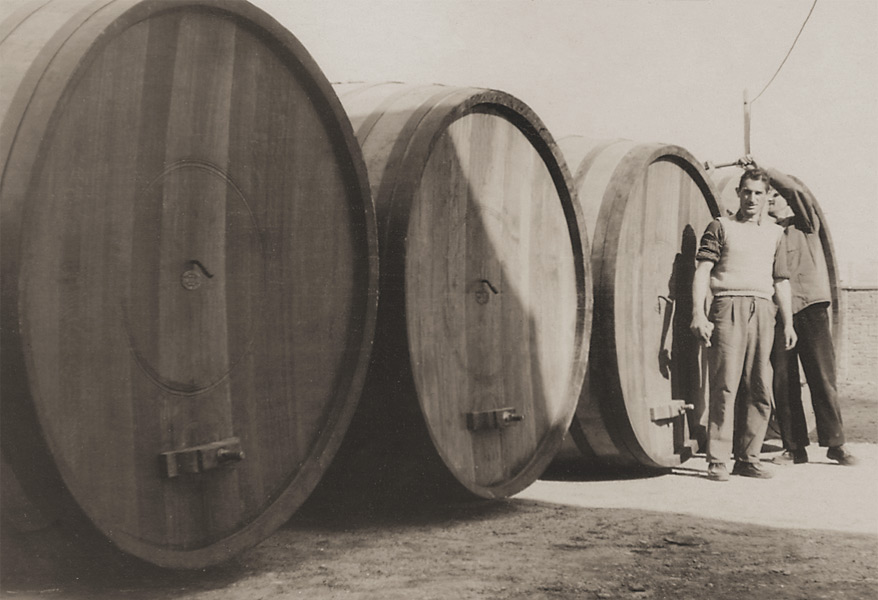 Maintenance work on Da Ponte barrels on Via Matteotti in Conegliano (1963). 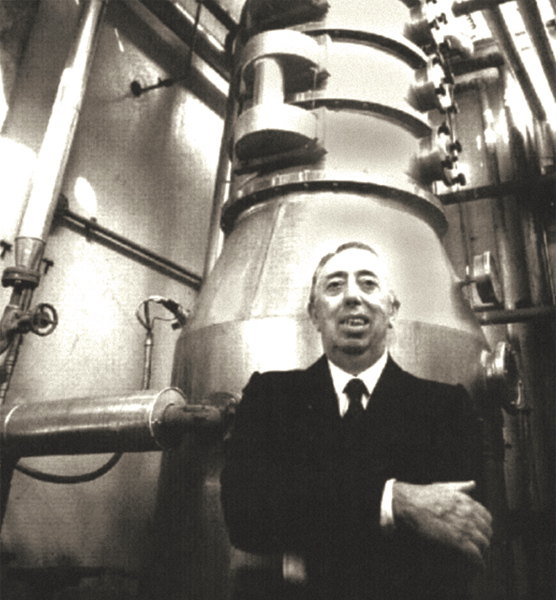 Pier Liberale Fabris in the Distillery in 1955. 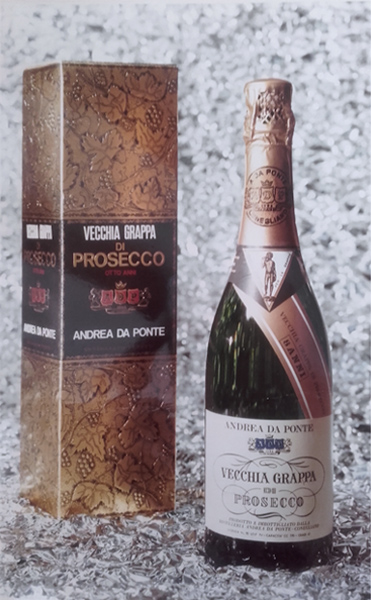 Single-varietal grappa made from Prosecco pomace, based on a brilliant idea by Pier Liberale and produced by the Distillery in the early 1960s. 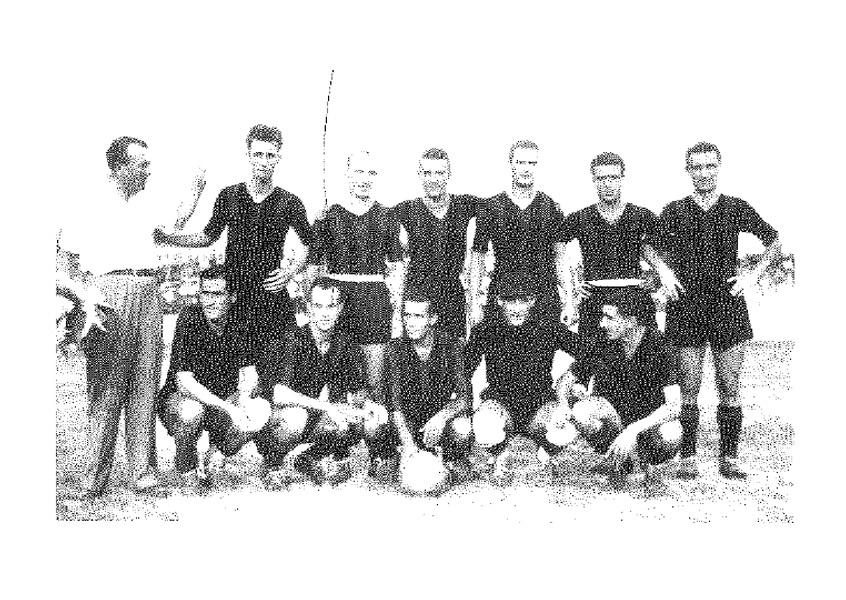 Francesco De Gregori on his debut for AC Milan. He was a great footballer and a relative of the Fabris family on Pier Liberale’s wife’s side.

In 1969, Pier Liberale Fabris distilled the first single-varietal grappa made with pomace from the exceptional Prosecco grapes of the Conegliano and Valdobbiadene hills. He made it even more exquisite by ageing it in barriques from Limousin. Thanks to his intuition, creativity and technical know-how, an exclusive new addition was made to the world of spirits. Known as “Vecchia Grappa da Prosecco”, it was velvety on the palate, irresistible and as pure as the passion that produced it. 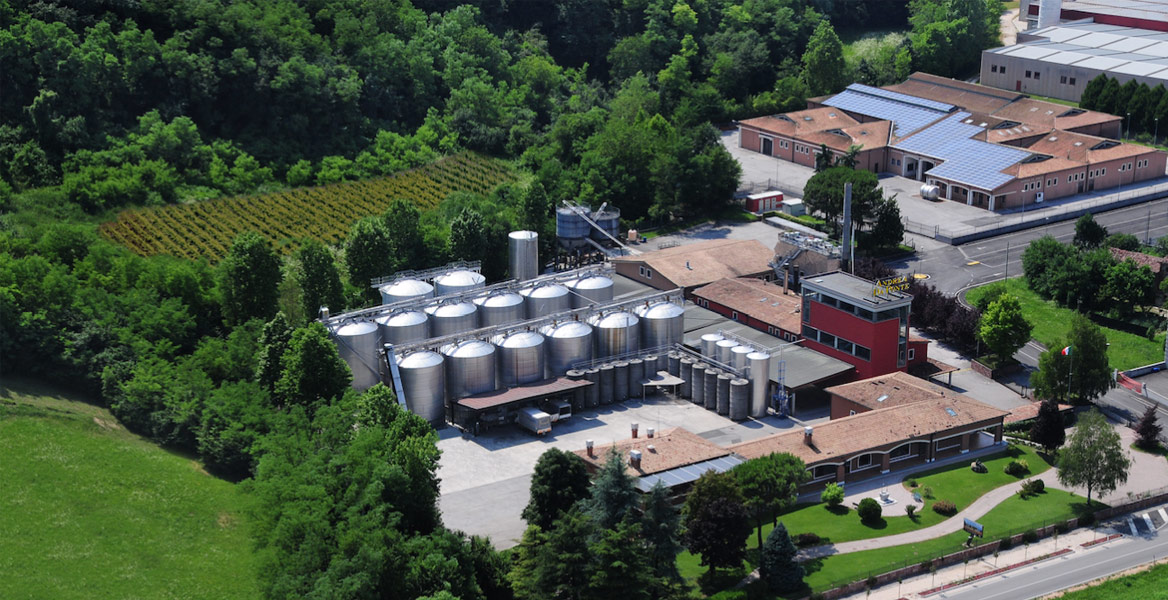 For more than 30 years, the Distillery has been using environmentally friendly technology such as biomass boilers and photovoltaic systems. 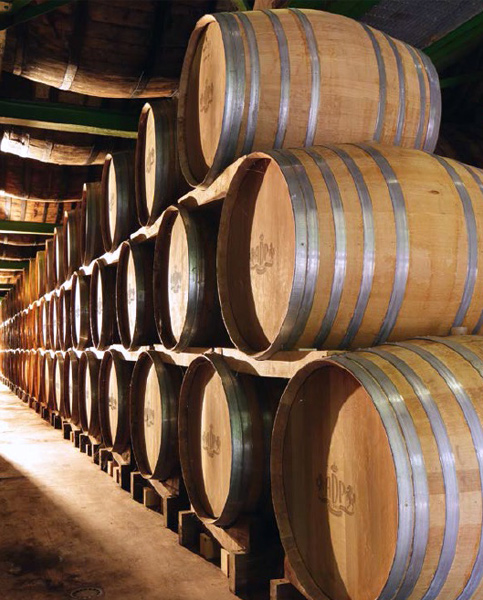 The invaluable barrels made of oak from Limousin, where the exceptional Da Ponte grappa ages. 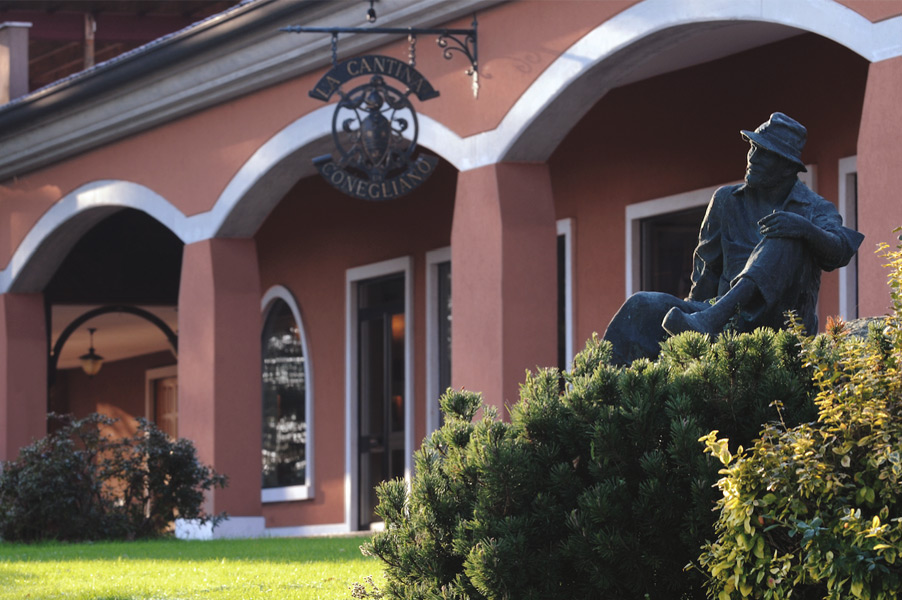 The entrance to the Distillery in Corbanese di Tarzo.

Embraced by the rolling Conegliano hills

In 1979, the Andrea Da Ponte Distillery moved its production to the Corbanese di Tarzo “valley”, at the foot of the Tarzo hills. This was done not only to provide a larger area for the constantly growing output, but also so that a distillery with a low environmental impact could be built. The new headquarters of the distillery were completed in 1982, when work on the offices was finished. 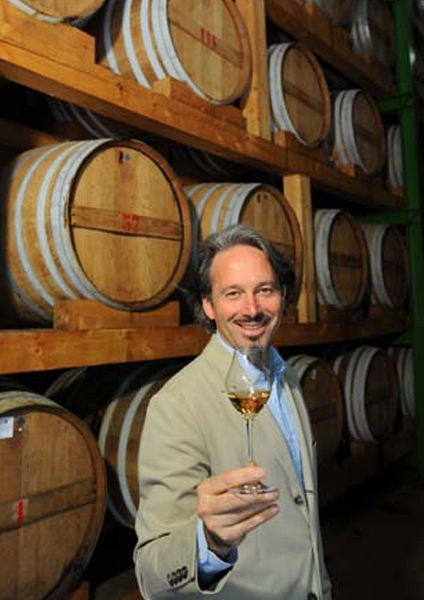 Francesco Fabris in the Distillery’s ageing warehouse, which is one of the biggest in Italy. 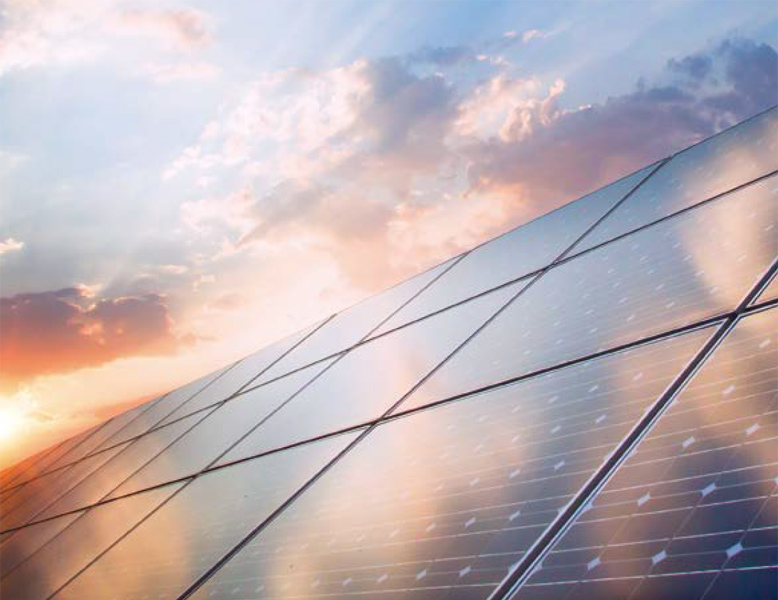 There is a photovoltaic system with 454 panels on the distillery site. 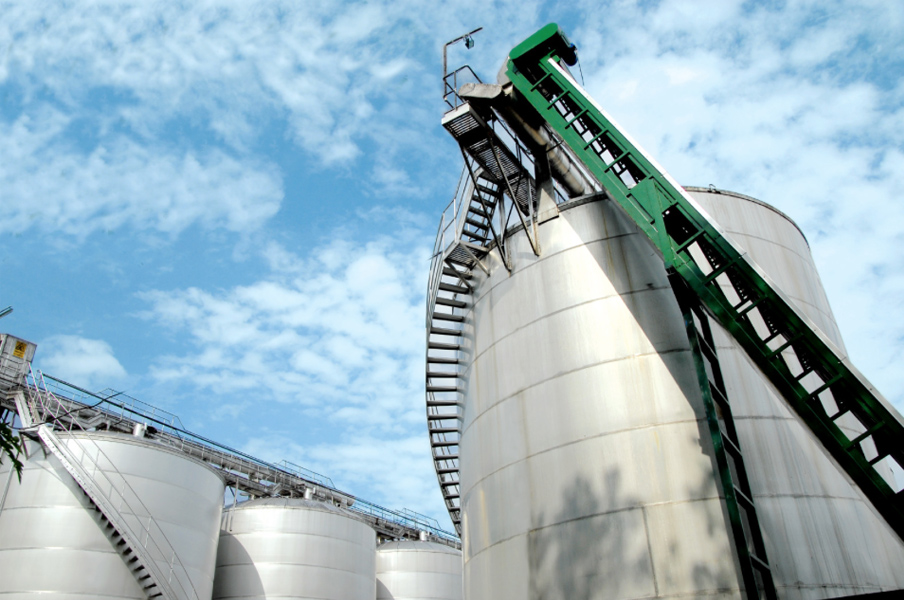 Cutting-edge technology to respect tradition and the environment

In 1983, biomass boilers were installed. It was the Andrea Da Ponte Distillery’s first step in the long process of building environmentally friendly headquarters. It was followed by the addition of a heat recovery system in 1986, the construction of a water purification unit and the start of biogas production in 1989, the creation of a fume purification unit in 1994, and the construction of a photovoltaic system in 2009, with 454 polycrystalline silicon panels and power of 110 kWp. 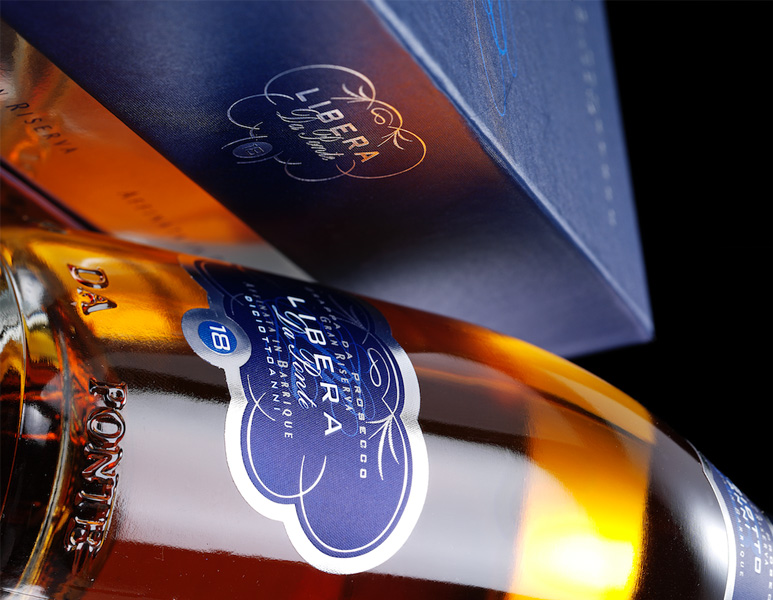 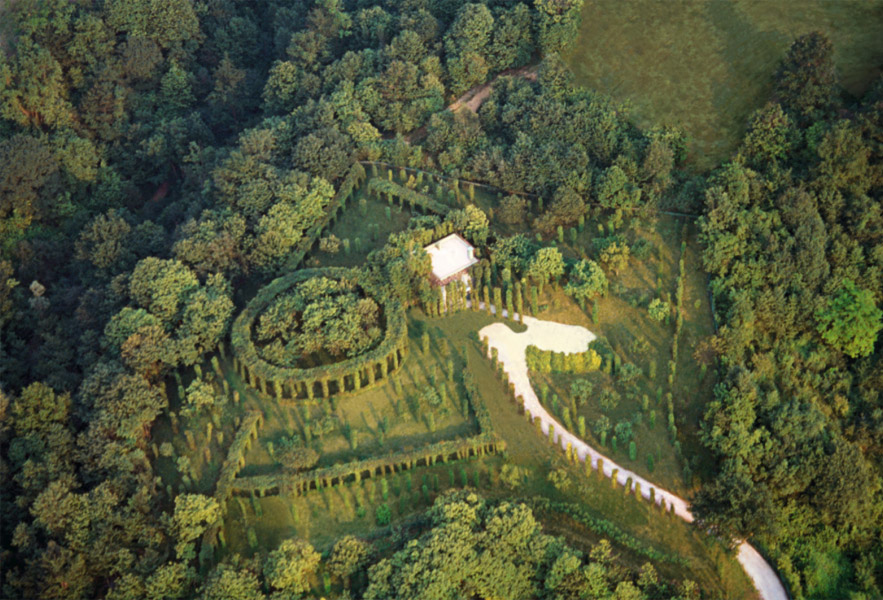 The Arfanta hide: a huge project that Pier Liberale Fabris started and his son Francesco has overseen with passion and dedication over the years. 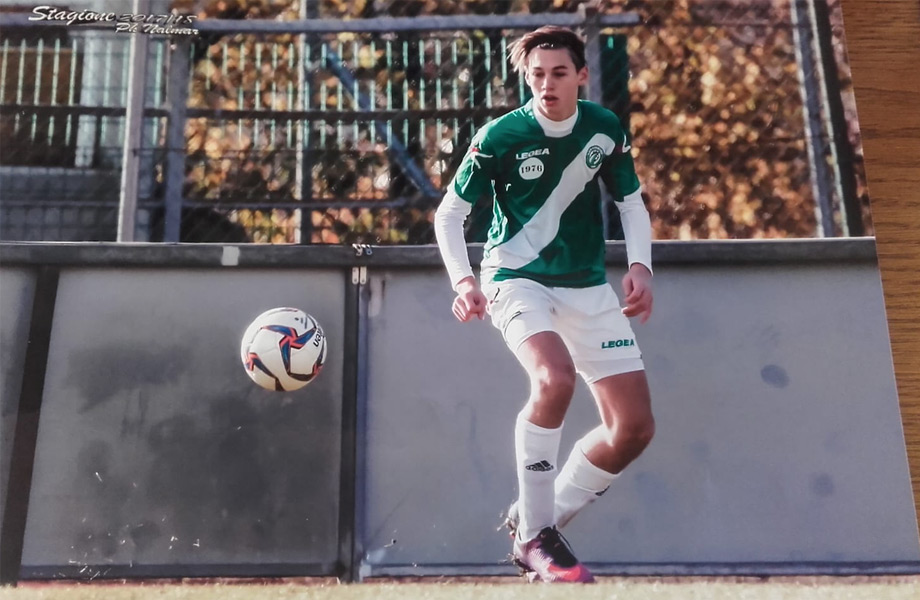 Pierfrancesco Fabris, Francesco’s son: following in his uncle’s footsteps, he is one of the top players in the Liventina youth side that won the Veneto 2017/2018 regional championship. And the story goes on…

Celebrating the centenary of the Distillery

A limited, numbered selection of bottles of exquisite grappa

In 1992, a total of 4,892 numbered bottles of Gran Riserva Libera Prosecco Grappa were produced to celebrate the centenary of the founding of the Andrea Da Ponte Distillery. The authenticity of the bottles was guaranteed by the signature of Francesco Fabris and they were individually packaged in enchanting boxes. All of the experience and tradition of the Da Ponte Method went into these little gems, which highlighted the merit and creativity of all of the people who helped to make Da Ponte Grappa so unique, rich and precious.

Fill in the form to ask for information

Are you old enough to consume alcoholic drinks legally?
Yes, continue No